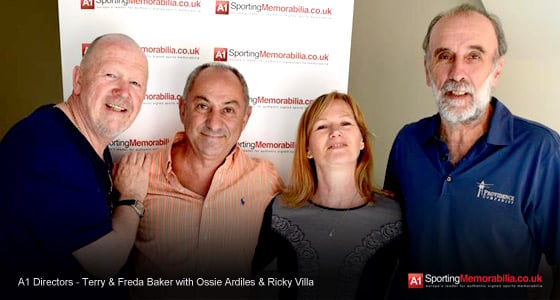 Both Ricky & Ossie signed a quantity of 1978 Spurs shirts – the shirt that they wore when they came to Tottenham Hotspur at the start of the 1978/79 season immediately after winning the World Cup with Argentina.

We also have Ricky Villa and Ossie Ardiles signed football boots and signed photographs all at superb prices.