We are pleased to announce that the Manchester United legend Paul Scholes has completed another closed private signing session with A1 Sporting Memorabilia. 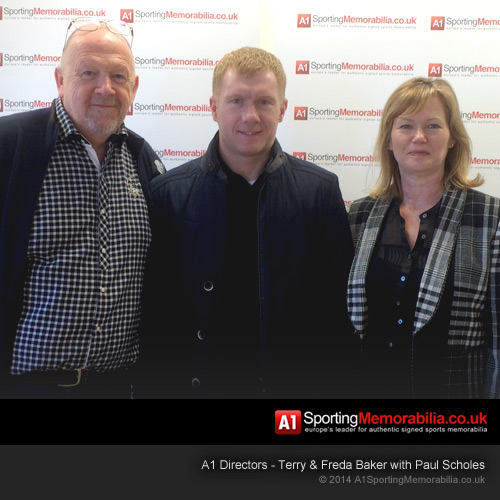 The signing with Paul Scholes took place on 03/03/2014 in Manchester. Paul signed a range of new football memorabilia including his iconic number 18 shirt, Nike football boot, Premier League football, canvases and various photos including the famous goal against Barcelona. All our Paul Scholes autographs are sourced from our own private signing sessions, conducted behind closed doors exclusively for A1 Sporting Memorabilia so you can be rest assured of both the authenticity and quality of signature is of the highest standard. 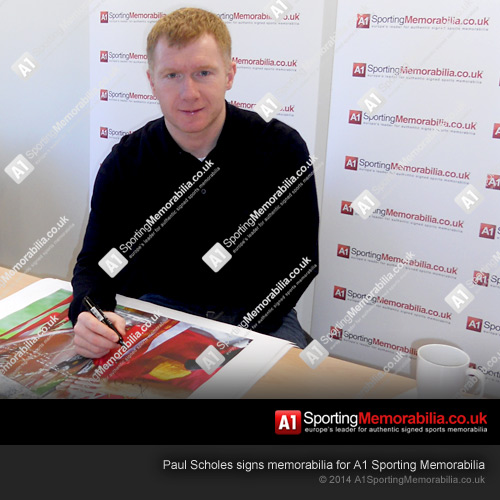