On Saturday 18 January 2014 we hosted Steve Gerrard’s private box at Anfield for the Aston Villa game. Pictured here Steven waving to us and our guests just prior to kick of and our guests with us in the box. 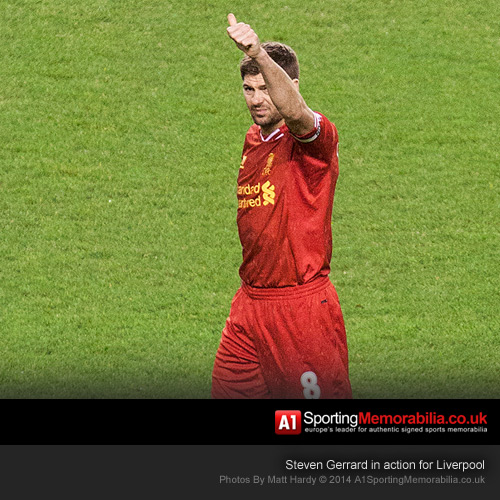 Steven Gerrard in action for Liverpool – Photo by Matt Hardy 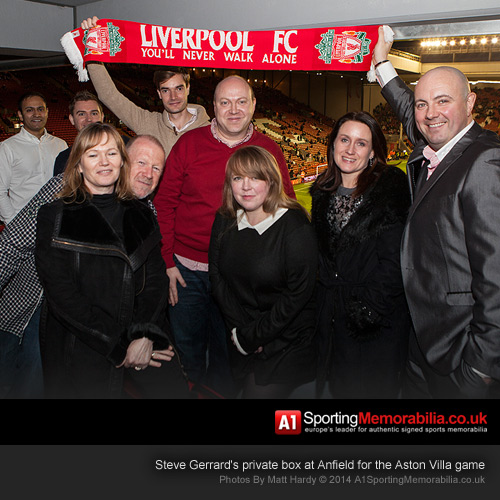 On Sunday morning we completed our third signing with Steven so far this season with at least two more to come before he leaves for the 2014 FIFA World Cup in Brazil.

New items to the site are two new signed football boots – the Adidas Predator in black and the Adidas Predito in green – and we also signed more of our other best selling items. 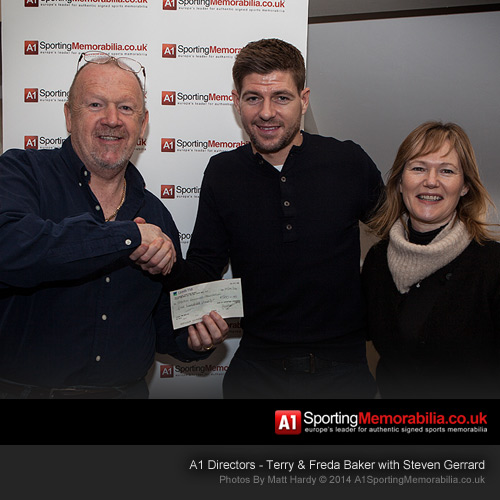 Once again we made a donation to the Steven Gerrard foundation and once again we have agreed a special deal to get some keenly priced items directly to his many fans. We have deal on a signed Liverpool shirt for £99.99 and if you buy one of the new boots you will get a free acrylic case worth £29.99 until the end of January 2014.

Watch this space for more big news in the next few weeks.