We are proud to announce that Liverpool and England football legend Steven Gerrard has completed yet another signing session for A1 Sporting Memorabilia on 11/12/2013 in Liverpool. 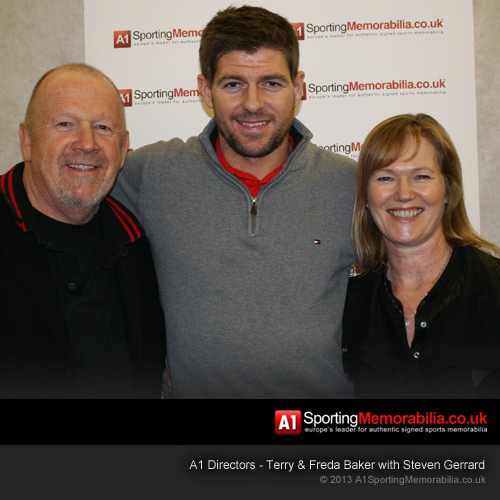 A1 Sporting Memorabilia is Steven Gerrard’s preferred autograph signing partners, yesterday we made yet another donation to the Steven Gerrard foundation.

Last week in the national press Steven was seen to donate £500,000 to the Alder Hey Children’s Hospital and continues to support countless children’s charities around the country. 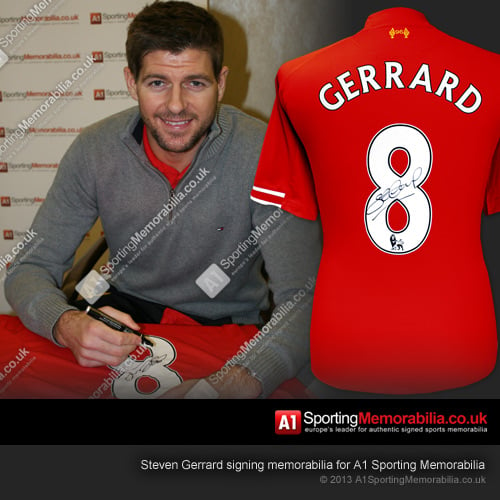