A1 Sporting Memorabilia met with Manchester United’s outstanding player so far this season Wayne Rooney again for an autograph signing session on the morning of Tuesday 17th December 2013 in Manchester.

We have some great signed pictures of the goals that took England to the FIFA 2014 World Cup along with some dual signed with England captain Steven Gerrard. 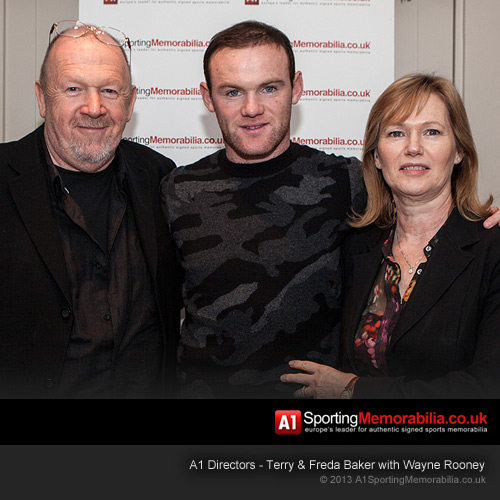 A1 Sporting Memorabilia and Wayne Rooney have negotiated great terms so that we can offer fans authentic hand signed shirts from just £99.99 and stunning signed photos from £49.99.

Why risk all the fakes on the market when the real thing is here to buy directly from A1 Sporting Memorabilia – the only company Wayne Rooney works with for signatures.

Next year in April some of our customers will get a chance to meet him – keep checking our website to find out how. 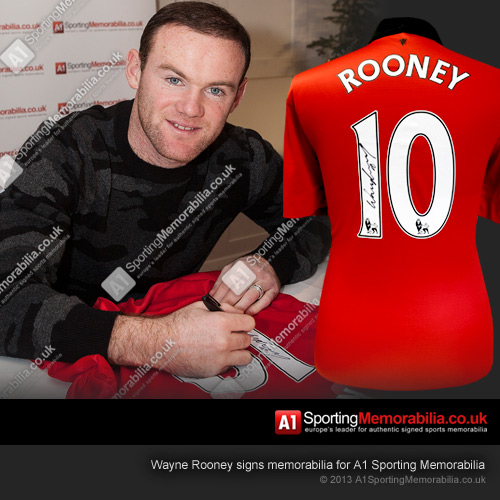