A1 Sporting Memorabilia is proud to announce yet another private and exclusive memorabilia autograph signing session with Manchester United and England footballing legend Wayne Rooney.

Wayne Rooney signed Manchester United 2013/2014 season shirts, various action photographs and shirts earlier this week in yet another exclusive signing with Terry and Freda Baker of A1 Sporting Memorabilia. Wayne was in great form and we are looking forward to a great season. 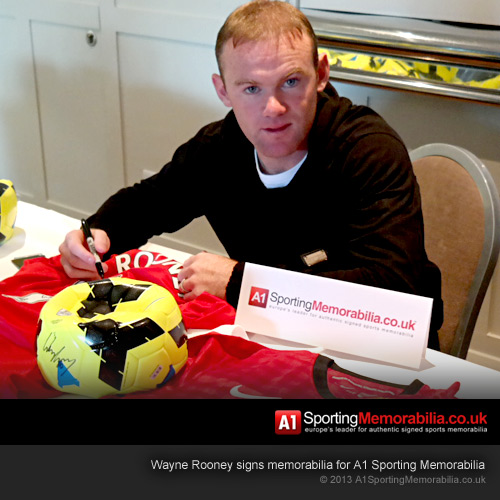 Interesting stats from Wayne’s recent Manchester United career include only 17 starts in tandem with Robin Van Persie in the two most forward positions before today producing 11 goals for Wayne and 10 for Robin; combined total of 21 goals. Another great stat – in his last 44 premier league starts before today Wayne has scored or had a direct assist in 40 goals. 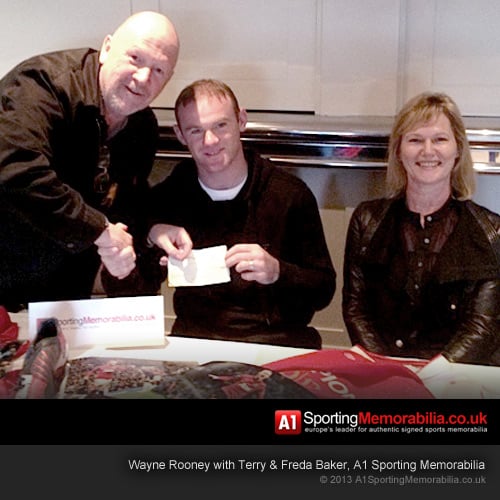 Wayne Rooney with Terry & Freda Baker of A1 Sporting Memorabilia

Pictured above is Wayne presenting a cheque to Terry and Freda for one of their favourite charities Peace Matunda school in Tanzania.

We would also like to thank Wayne for retweeting our link to win a signed boot on Twitter!

Enter our competition on Twitter to win a Wayne Rooney signed football boot. 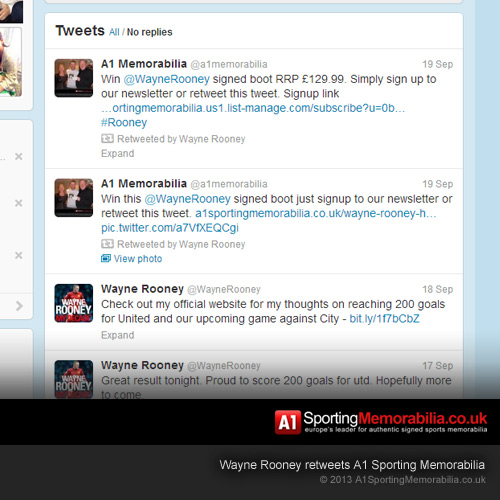 Click here to view all our Wayne Rooney signed memorabilia.

Click her to view all our Manchester United signed memorabilia.