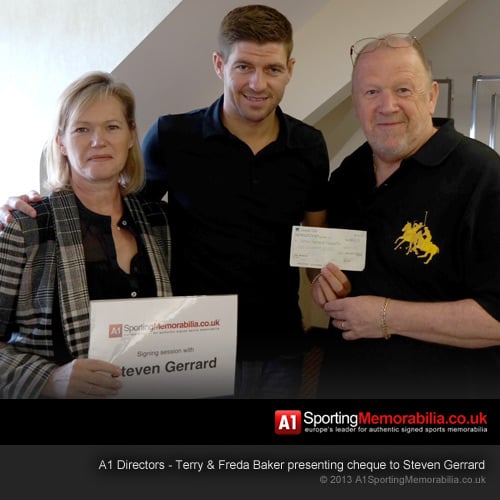 Steven Gerrard with Terry and Freda Baker of A1 Sporting Memorabilia

We have a range of new and exciting products that include the Nike 2013/2014 England shirt & of course back and front signed versions of the new Liverpool Warrior 2013/2014 shirt. We also have a new Nike Premier League replica football signed by Steven Gerrard as well as lots of familiar items such as the Liverpool 2012/13 and 2011/12 shirts. 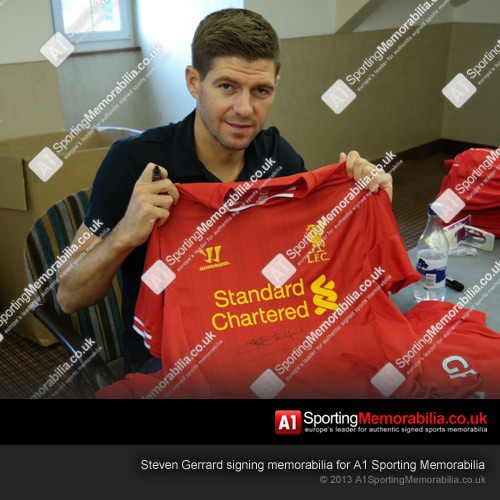 Why risk the many fakes on the market? Our arrangement with Steven Gerrard includes our promise to always offer a great deal and reasonable price for his fans. Buy your signed memorabilia directly from A1 Sporting Memorabilia today to guarantee that you are buying the genuine article for a great price.