A1 Sporting Memorabilia is pleased to announce that we have completed yet another private and exclusive memorabilia signing session with Manchester United legend Wayne Rooney on 20/02/2013 in Manchester.

Wayne also presented a cheque to Terry and Freda for KIDZONE – an orphanage in Kenya. Proceeds from this signing session are distributed among several charities. 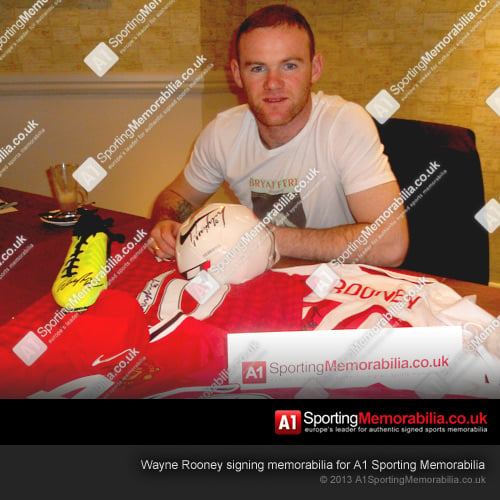 Wayne signed more of our top-selling products along with a selection of brand new football memorabilia including:

We have the lowest prices for genuine signed sports memorabilia because we work directly with the players and cut out the middle man whilst constantly cutting our own costs. 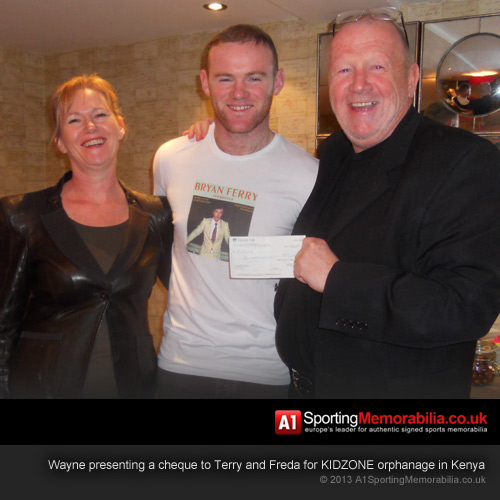