Liverpool Legend Jamie Carragher who recently announced that he will retire at the end of this season has just completed an exclusive memorabilia signing session for A1 Sporting Memorabilia. Jamie Carragher has made more than 700 senior appearances for Liverpool, and 38 caps for England. He joined Liverpool youth team at the age of 9 and made his first-team appearance debut at the age of 18 in 1997. A true home-grown Liverpool football club legend. 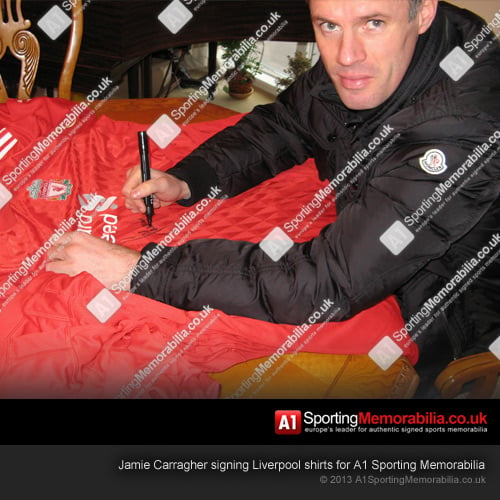 We have the lowest prices for genuine signed sports memorabilia because we work directly with the players and cut out the middle man whilst always looking to cut our costs.

We also have a huge range of Liverpool football club signed sports memorabilia – click here to view all our Liverpool signed memorabilia.