A1 Sporting Memorabilia Dontates to the Steven Gerrard Foundation

We are very proud to announce another substantial donation by A1 Sporting Memorabilia to the Steven Gerrard Foundation.

Over the last couple of years through the work we do together signing shirts and photographs, A1 Sporting Memorabilia has been able to donate substantial amounts to the great charity. 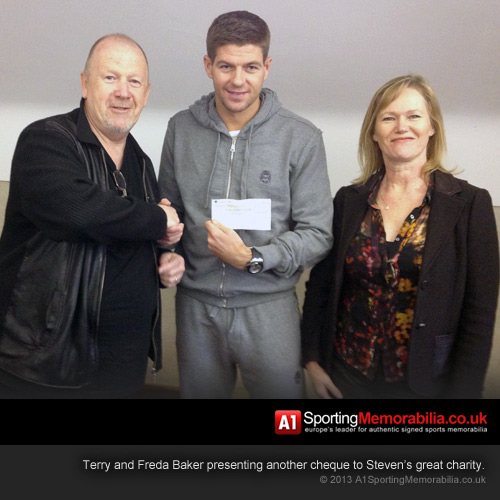 We look forward to a long continuing association with this great player who is giving so much of himself to charitable causes.

Steven also completed another private and exclusive autograph signing session for us in Liverpool on 23/01/2013. Steven signed more of our best selling products such as the Liverpool 2011/12 shirt, Liverpool 2012/13 shirt, Adidas Predator football boot, Liverpool Football & his new book – My Liverpool Story.

We also have some fantastic new products signed personally by Steven Gerrard – a new 16×12 inch montage celebrating his 600 games for Liverpool and another stunning 16×12 inch photo of Steven celebrating. 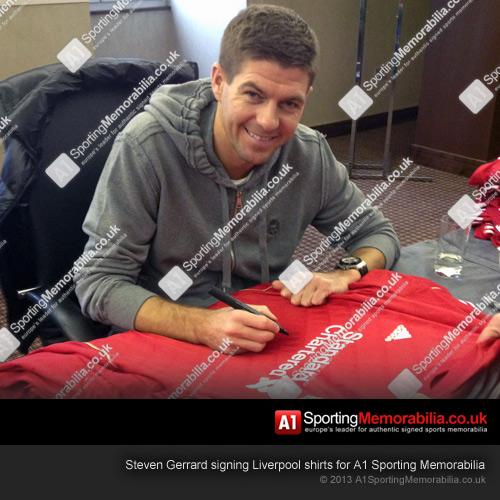