Wayne Rooney Completes Another Signing Session For A1 Sporting Memorabilia

Last week A1 Sporting Memorabilia met with Wayne Rooney for our sixth private autograph signing session with him. Wayne was in great shape after working hard in the gym. He should be back in the thick of it this week after two weeks back in training. 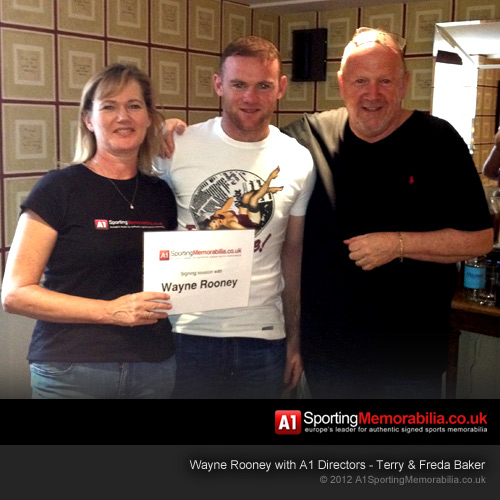 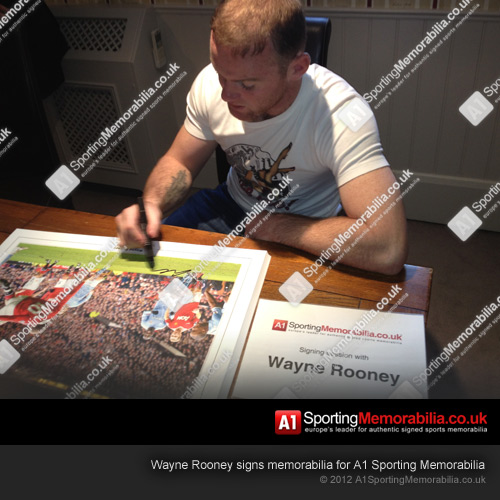 Wayne Rooney himself retweeted us and managed to bring our site to a halt with spike of traffic to our website! 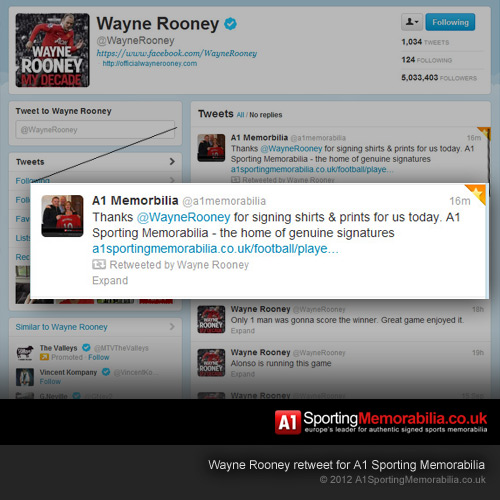