We are pleased to announce that A1 Sporting Memorabilia have completed yet another private autograph signing session with Liverpool & England legend Steven Gerrard. 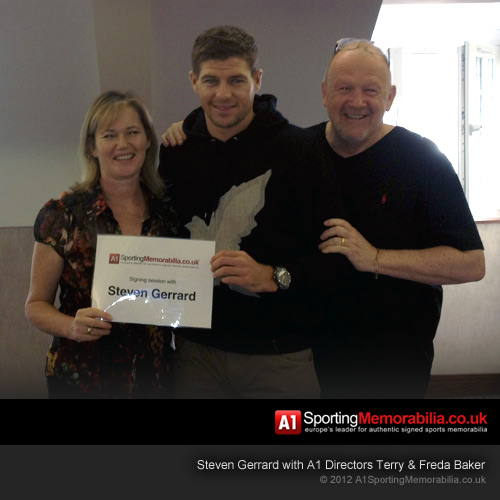 All of these items with genuine Steven Gerrard signatures make fabulous Christmas gifts.

We feel privileged to have ongoing arrangements with some of the most popular players in the Premier League. The players and A1 Sporting Memorabilia make considerable efforts for charity and we show pictures here of some of the new products being signed along with Terry and Freda at the autograph signing sessions. 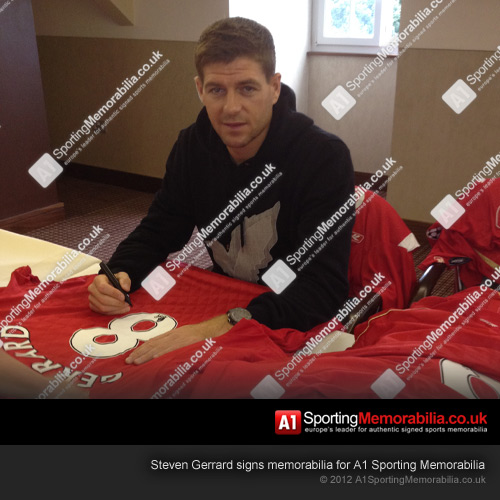