Last week A1 Sporting Memorabilia Director’s Terry and Freda Baker flew to Brazil to conduct a private signing session with the greatest football player of all time, Pele.

A1 Sporting Memorabilia previously had a contract with the great man and although that has expired, we believe this was the first signing with him in a couple of years or more. We are delighted to see him and he seemed delighted to see us and pleased we had travelled to his hometown of Santos in Brazil to see him.

The autograph signing session with Pele we completed on Monday, 25th June 2012 in Santos, Brazil with both A1 Sporting Memorabilia Director’s Terry & Freda Baker present. 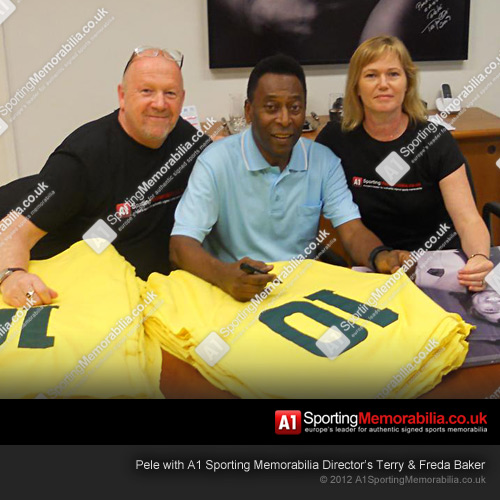 We are now able to offer some previously sold out products including a fantastic price on framed back signed number 10 shirts – only £399.99. This superb item is a fantastic bargain that charities will snap up and make a great profit for all sorts of good causes.

Our best selling previously sold out giant 24×20 photographs of Pele with Muhammad Ali and with our old friend George Best are back in stock for £199.99. 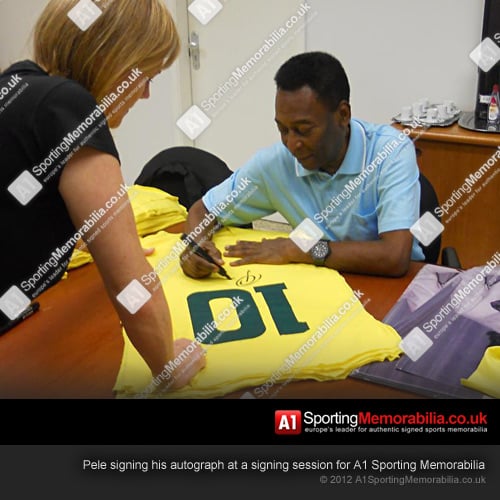