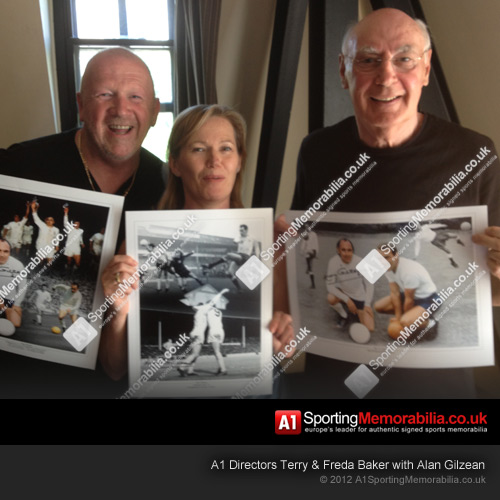 We are the sole agents for Jimmy Greaves and all his signed sports memorabilia originates from A1 Sporting Memorabilia.