Manchester United & England striker Wayne Rooney has won the award for the best goal of the 20 year history of the Premier League. Wayne’s fantastic overhead kick against Manchester City in February 2011 received 26% of the vote. 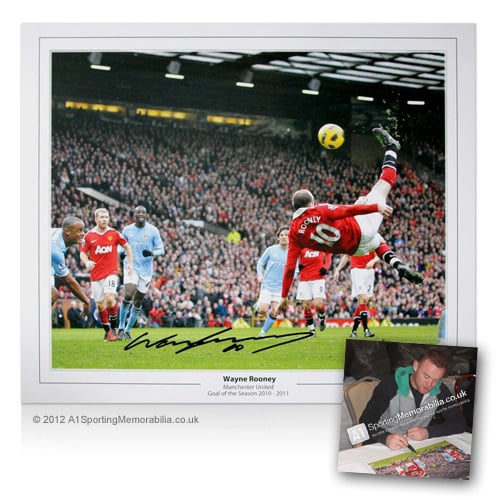 A1 Sporting Memorabilia has in stock a stunning large print of Wayne’s strike hand signed by Wayne Rooney himself at a private and exclusive signing session for A1 Sporting Memorabilia in Manchester on 10/11/2011. Because we conduct our own private and exclusive signing sessions direct with the players you can be rest assured that the signature is to the highest quality and all our items are authentic and hand signed.

View all our football memorabilia signed by Wayne Rooney