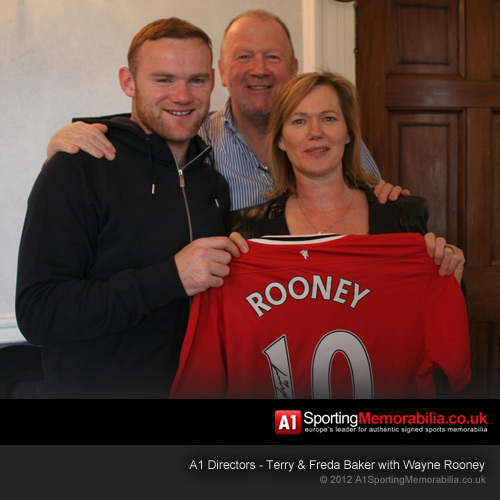 We are Wayne Rooney’s preferred autograph signing partners – he only signs for us and every autograph is signed to the highest standard in a relaxed environment so you know you are buying the best genuine autograph available.

Wayne Rooney’s autograph is one of the most faked autographs in the country. Why risk buying a worthless fake when you can get a guaranteed genuine Wayne Rooney signed shirt, boot or photograph for a totally realistic price here from A1 Sporting Memorabilia.

Also available and just voted the best goal in the Premier Leagues history is our giant 24×20 print of the famous overhead kick – again hand signed by Wayne Rooney at one of our private and exclusive signing sessions. 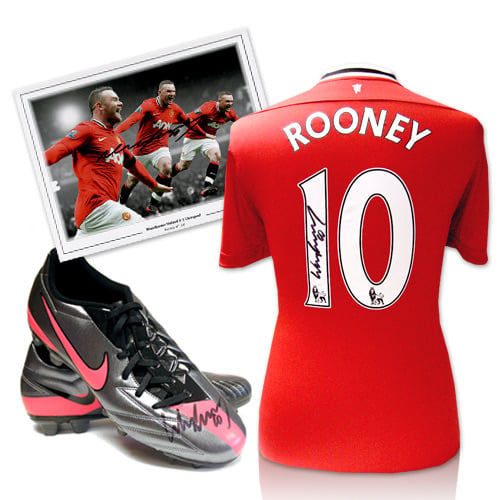