A1 Sporting Memorabilia are proud to have completed another exclusive memorabilia signing session with Liverpool & England Captain Steven Gerrard on Sunday May 20th 2012 in Liverpool. We are the only place to buy the new England 2012 shirt signed by Steven Gerrard for the very reasonable price of only £174.99. 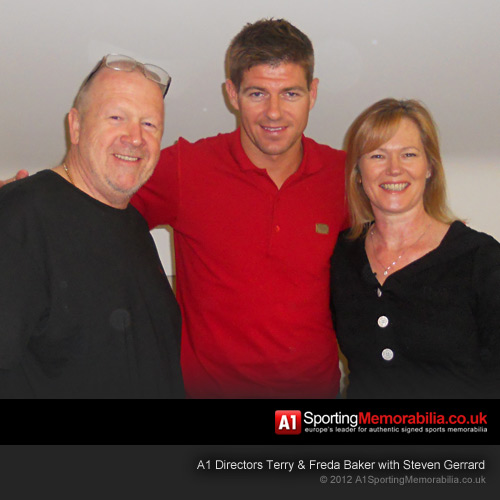 We have a number of Liverpool 2011/2012 back and front signed Liverpool shirts for unbeatable prices starting at just £99.99 and framed Steven Gerrard signed shirts at just £199.99!

Get one now at this unbelievable price. We have been able to source the shirts for less than usual, Steven has signed them and we are passing the saving on to our customers. 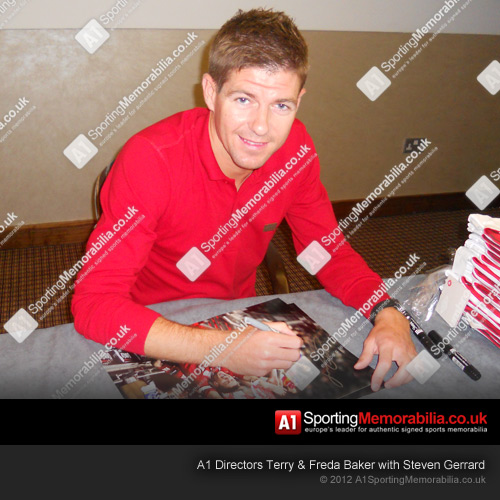