A1 Sporting Memorabilia are proud to announce our sixth major signing with Liverpool & England footballing legend Steven Gerrard. The signing session took place on 14/03/2012 in Liverpool – less than 24 hours after his historic hat-trick against Everton, we have had very limited numbers of a three goal montage personally signed by Steven Gerrard. Along with new Carling Cup Winners shirts, photographs, programmes and a limited number of Adidas Predator red and black boots all genuinely hand signed by Steven Gerrard. 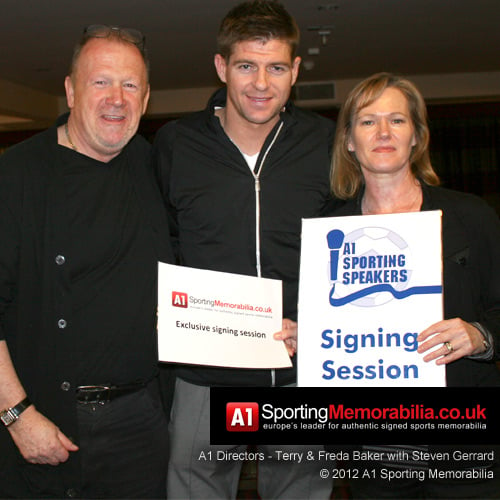 We are Steven Gerrard’s preferred choice of autograph signing partner, although we sometimes share the signing with others, and sell to other dealers, it is only A1 Sporting Memorabilia that Steven has chosen to deal with.
We made a substantial donation to the Steven Gerrard Foundation again this time and support the great charitable work and tireless efforts made by Steven to help others. 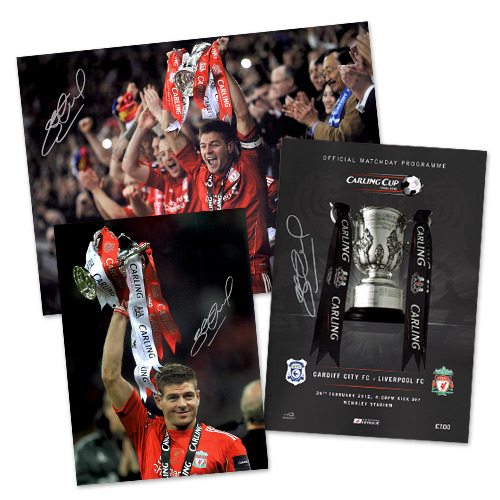