On Friday 20th, Wayne Rooney signed a fantastic new range of products for A1 Sporting Memorabilia. Giant 20 x 16 inch photographs of the fantastic Goal of the Season against Man City, that hat-trick against West Ham – a great montage of all three and the penalty that won the premier league – all hand signed by Wayne Rooney himself at our private exclusive signing session. 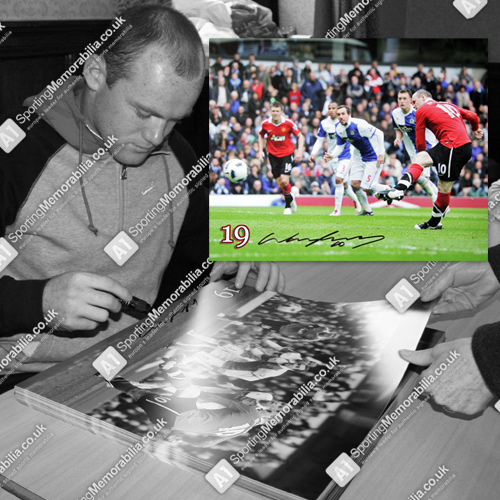 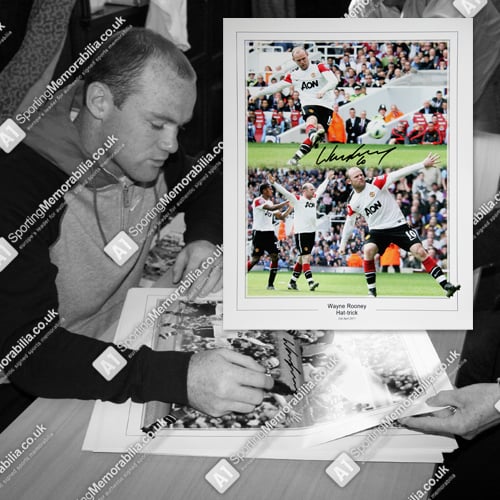 Click here to see all our football memorabilia hand signed by Wayne Rooney.